by VIP Net Worth
Rosamund Pike Net Worth:
$6 Million 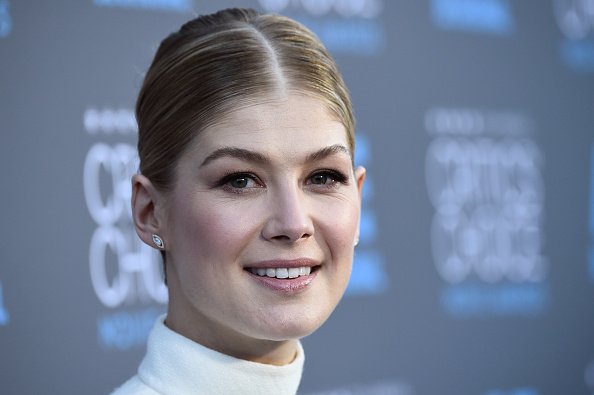 What are Rosamund Pike’s net worth and earnings?

Rosamund Pike Net Worth: Rosamund Pike is an English actress who has a net worth of $6 million. She rose to fame after playing a Bond girl in the 2002 James Bond movie “Die Another Day.”

Career: While still attending college, she acted in and helped direct a number of theater productions, including one written by Rhodes Scholar and United Nations University Council member Simon Chesterman, who was a graduate student at the time. She had a minor role in the BBC television series “Wives and Daughters” in 1999, and in the following year, she appeared in the award-nominated BBC mini-series “Love in A Cold Climate.” In 2002, she had a minor role on the television show “Foyle’s War,” and more notably, she landed a supporting role as in the James Bond movie “Die Another Day,” featuring Pierce Brosnan and Halle Berry. She was featured in the documentary special “Bond Girls Are Forever,” which was released along with a corresponding book in 2002. In 2004, she starred in the Israeli filmmaker Amos Gitai’s drama “The Promised Land,” and she played a supporting role in the historical drama “The Libertines,” alongside Johnny Depp and John Malkovich. She received an award for her role in the latter film at the 2005 British Independent Film Awards. She portrayed the older sister of Elizabeth, portrayed by Kiera Knightley, in the 2005 film adaptation of Jane Austen’s “Pride and Prejudice.” The romantic drama was a massive hit at the box office, grossing over $121 million worldwide, and it received widespread praise from critics. In 2007, she starred alongside Ryan Gosling and Anthony Hopkins in the legal thriller “Fracture,” which was a box office hit, and in the award-winning war drama “Fugitive Pieces.” She only saw the release of the television movie “The Tower” in 2008.

“Peter Chelsom and Edgar Wright are totally different directors and worlds apart, but both really accomplished directors who are certain of how they want to make a film.”

“People are saying we need more females in our industry and we need more female-driven stories, but that takes the men of bankable star quality to come forward and play supporting roles in those films because, ultimately, that’s what the women have always done.”

“You can get things out of acting with someone a second time around that you don’t necessarily get the first time because you’re more familiar, more comfortable.”

“I have worked with three female first assistant directors – on ‘Hostiles,’ ‘Gone Girl,’ and a short film, ‘The Human Voice,’ and they have all been exceptional.”

“I decided to finish at Oxford because I looked up at the top of the buildings – the gargoyles and spires – and decided to stay.”